Imagining the Arabs: Arab Identity and the Rise of Islam (Paperback) 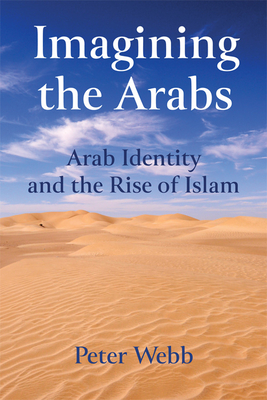 Who are the Arabs? When did people begin calling themselves Arabs? And what was the Arabs' role in the rise of Islam? Investigating these core questions about Arab identity and history by marshalling the widest array of Arabic sources employed hitherto, and by closely interpreting the evidence with theories of identity and ethnicity, Imagining the Arabs proposes new answers to the riddle of Arab origins and fundamental reinterpretations of early Islamic history.

This book reveals that the time-honoured stereotypes which depict Arabs as ancient Arabian Bedouin are entirely misleading because the essence of Arab identity was in fact devised by Muslims during the first centuries of Islam. Arab identity emerged and evolved as groups imagined new notions of community to suit the radically changing circumstances of life in the early Caliphate. The idea of 'the Arab' was a device which Muslims utilised to articulate their communal identity, to negotiate post-Conquest power relations, and to explain the rise of Islam. Over Islam's first four centuries, political elites, genealogists, poetry collectors, historians and grammarians all participated in a vibrant process of imagining and re-imagining Arab identity and history, and the sum of their works established a powerful tradition that influences Middle Eastern communities to the present day.

Peter Webb is University Lecturer in Arabic literature and culture at Leiden University.