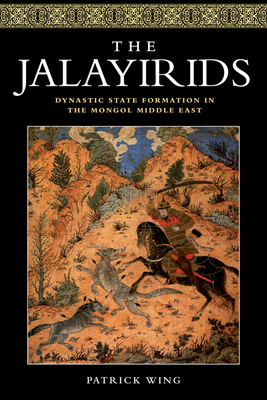 This book traces the origins, history, and memory of the Jalayirid dynasty, a family that succeeded the Mongol Ilkhans in Iran and Iraq in the 14th and early 15th centuries. The story of how the Jalayirids came to power is illustrative of the political dynamics that shaped much of the Mongol and post-Mongol period in the Middle East. The Jalayirid sultans sought to preserve the social and political order of the Ilkhanate, while claiming that they were the rightful heirs to the rulership of that order. Central to the Jalayirids' claims to the legacy of the Ilkhanate was their attempt to control the Ilkhanid heartland of Azarbayjan and its major city, Tabriz. Control of Azarbayjan meant control of a network of long-distance trade between China and the Latin West, which continued to be a source of economic prosperity through the 8th/14th century. Azarbayjan also represented the center of Ilkhanid court life, whether in the migration of the mobile court-camp of the ruler, or in the complexes of palatial, religious and civic buildings constructed around the city of Tabriz by members of the Ilkhanid royal family, as well as by members of the military and administrative elite.

Patrick Wing is Assistant Professor of History at the University of Redlands. His research focuses on the history of the Middle East in the period of the Mongols and their successors.