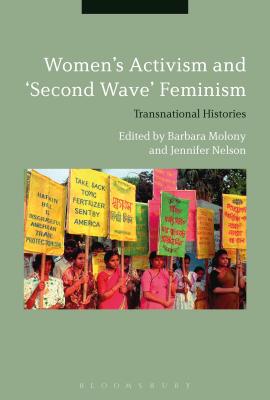 It is no longer possible to imagine that feminism has ever fostered an unproblematic sisterhood among women blind to race, ethnicity, class, sexuality, nationality and citizenship status. The chapters in this collection modify the "wave" metaphor in some cases and in others re-periodize it. By studying individual movements, they collectively address several themes that advance our understandings of the history of feminism, such as the rejection of "hegemonic" feminism by marginalized feminist groups, transnational linkages among women's organizations, transnational flows of ideas and transnational migration. By analyzing practical activism, the chapters in this volume produce new ways of theorizing feminism and new historical perspectives about the activist locations from which feminist politics emerged.

Barbara Molony is Professor of History at Santa Clara University, USA. She is co-author of Gender in Modern East Asia (2016) and co-editor of Asia's New Mothers: Crafting Gender Roles and Childcare Networks in East and Southeast Asian Societies (2008) and Gendering Modern Japanese History (2005). Jennifer Nelson is Professor of Women, Gender, and Sexuality Studies at the University of Redlands, USA. She is the author of More than Medicine: A History of the Feminist Women's Health Movement (2015) and Women of Color and the Reproductive Rights Movement (2003).