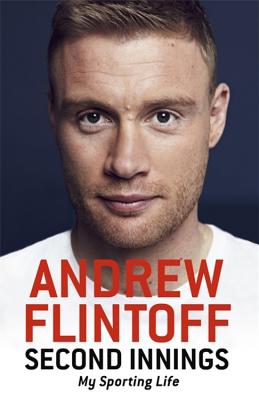 By Andrew Flintoff
$32.99
This book is out of stock indefinitely, unable to order at this time.

Fast bowler, six-hitter, popular hero, one of the lads, King of the Jungle - Andrew Flintoff is all of those things, and a whole lot more.

Who can forget the hero of England's 2005 Ashes-winning team; the captain who endured humiliating defeat in Australia in 2006-07; the maverick whose encounter with a pedalo in the 2007 World Cup brought all the wrong headlines; the competitor who fought off injury to help regain the Ashes in 2009; the TV performer always looking for a new challenge?

But through all his highs and lows, triumphs and reversals, there has been a central tension in his life. There is 'Fred' - entertainer, extrovert, centre of attention. Then there is 'Andrew' - reflective, withdrawn and uncertain. Two people contained in one extraordinary life. And sometimes, inevitably, keeping the two in balance proves impossible.

Now, in Second Innings, he reveals the unseen sides of his career and personality: the complex and troubled relationship with discipline, excess and authority; the search for an authentic voice as a player, free from the blandness and conformity of modern professionalism; the restless need to push himself that led him to take up professional boxing and, in an even more unexpected twist, to return to the cricket field.

At ease with his faults as well as his gifts, Andrew Flintoff displays characteristic humour and often startling honesty as he takes the reader backstage to witness the mischief and adventure that have defined his story, and, above all, to experience the enduring power of fun, friendship and loyalty - the pillars of his remarkable career.

Andrew Flintoff was born in Preston in 1977. An aggressive fast bowler and hard-hitting batsman, he made his County Championship debut for Lancashire in 1995 and won the first of his 79 England Test caps in 1998. As an all-rounder, he played a vital part in England's celebrated Ashes victory in 2005.

Widely considered to be the best all-rounder of his generation, Andrew was named as a Wisden Cricketer of the Year in 2004, and Wisden Leading Cricketer in the World the following year. Also in 2005, he was awarded the title of BBC Sports Personality of the Year.

Andrew became captain of the national team in 2006, only to have the captaincy removed after England's disappointing performances in Australia in 2006-07 and in the 2007 World Cup in the Caribbean. Having put those setbacks behind him, he overcame a series of injuries to help England, under Andrew Strauss, regain the Ashes in 2009. Shortly afterwards, he called an end to his playing career and embarked on a varied new one in television, as a presenter, documentary-maker and team captain on the BAFTA award-winning A League of Their Own.

In 2012, Andrew Flintoff unexpectedly turned to sport again, this time as a boxer, winning his one bout as a professional. In the summer of 2014, after five years out of the game, he made a surprise return to cricket, playing for Lancashire in the NatWest T20 Blast and then for Brisbane Heat in Australia's T20 Big Bash. In 2015, he took part in Australia's version of I'm a Celebrity ... Let Me Out of Here!, and was crowned King of the Jungle.

After launching his very own podcast with friend and TV producer Clyde Holcroft in 2014, it was announced that Freddie and Clyde will celebrate the ten year anniversary of England's Ashes win with a live tour which will travel the length and breadth of the country including at the Edinburgh Festival.

One exceptionally good egg, according to CoL's most trusted sources. SECOND INNINGS, his very surprising, beautifully frank book is out imminently.—Grazia