The Beast, the Emperor and the Milkman: A Bone-shaking Tour through Cycling’s Flemish Heartlands (Hardcover) 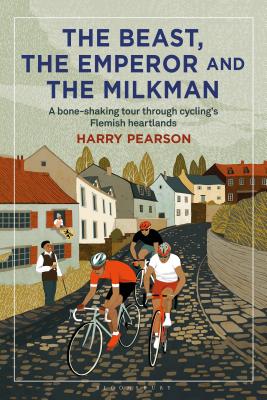 By Harry Pearson
Unavailable, our apologies.
Out of Print

Cycling is wildly popular all over Belgium, but in the northern, Dutch-speaking half of the country it is part of the psyche. Tiny Flanders boasts a population of just 6 million, yet this small corner of northwest Europe has produced eight winners of the Tour de France, five times as many professional riders as Italy or Spain.

Blending reportage, interviews, observation, biography, and history, and written with affectionate humor by a committed Belgophile, The Beast, the Emperor and the Milkman tells the story of Flanders' neurotic love affair with bike racing, from tough early heroes such as Jules Vanhevel--wounded by mortar fire in World War I and leading the world championship road race until he collided with a cow--to latter-day ironmen such as Tom Boonen, three-times winner of the Tour of Flanders and owner of a pet donkey named Kamiel.

Harry Pearson has been shortlisted for both the William Hill and the Thomas Cook/Daily Telegraph prizes. Slipless in Settle was the 2012 MCC Book of the Year. The Far Corner has been named as one of the fifty greatest sports books of all time by both the Times and the Observer. His book, A Tall Man in a Low Land is the bestselling English language travelogue about Belgium.

“Harry Pearson's class and wit were the reason I wanted to start writing in the first place. To read his words on cycling and Flanders, two of the best things in the world, is a joy.” —Ned Boulting

“Entertainingly informative… Pearson deftly laces an obvious love of the sport with an equally strong attachment to the culture it emerges from.” —The Guardian