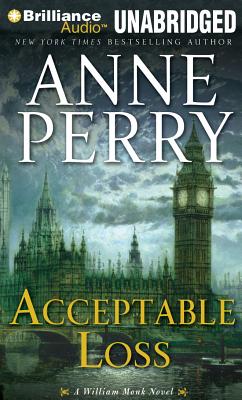 Anne Perry's seventeenth William Monk novel is a mesmerizing masterpiece of innocence and evil on London's docks, a welcome addition to this successful and beloved series.

NATIONAL BESTSELLER On a London riverbank, when the body of small-time crook Mickey Parfitt washes up with the tide, no one grieves. But William Monk, commander of the River Police, is puzzled by the murder weapon: an elegant scarf whose original owner was obviously a man of substance. Dockside informers lead Monk to a floating palace of corruption on the Thames managed by Parfitt, where a band of half-starved boys is held captive for men willing to pay a high price for midnight pleasures. Though Monk and his fearless wife, Hester, would gladly reward Parfitt's killer, duty leads them in another direction--to an unresolved crime, to a deadly confrontation with some of the empire's most respected men, and ultimately to a courtroom showdown with Monk's old friend, Oliver Rathbone, in a trial of nearly unbearable tension and suspense.

"Masterful storytelling . . . the] best in the series to date."--The Star-Ledger