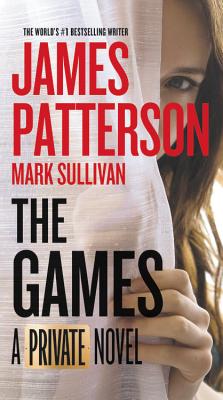 This is book number 6 in the Private series.

In the #1 bestselling series, Private's Jack Morgan must hunt down a killer before the Olympic games begin in Rio.
Rio de Janeiro, Brazil knows how to throw a party. So it's a natural choice to host the biggest spectacles in sports: the World Cup and the Olympics. To ensure that the games go off without a hitch, the organizers turn to Jack Morgan, head of the world's greatest international security and consulting firm. But when events are this exclusive, someone's bound to get left off the guest list.
Two years after the crisis nearly spilled from the soccer field to the stands, Jack is back in Rio for the Olympics. But when his most prominent clients begin to disappear, and bodies mysteriously start to litter the streets, Jack is drawn deep into the heart of a ruthless underworld populated by disaffected residents trying to crash the world's biggest party.
With the world watching in horror, Jack must sprint to the finish line to defuse a threat that could decimate Rio and turn the games into a deadly spectacle. . . all before the games begin.

James Patterson received the Literarian Award for Outstanding Service to the American Literary Community at the 2015 National Book Awards. Patterson holds the Guinness World Record for the most #1 New York Times bestsellers. His books have sold more than 325 million copies worldwide.

"Behind all the noise and the numbers, we shouldn't forget that no one gets this big without amazing natural storytelling talent--which is what James Patterson has, in spades."
—Lee Child

"It's no mystery why James Patterson is the world's most popular thriller writer: his uncanny skill in creating living, breathing characters we truly feel for and seamless, lightning-fast plots. I do this for a living, and he still manages to keep me guessing from the first to last page. Simply put: Nobody does it better."—Jeffery Deaver