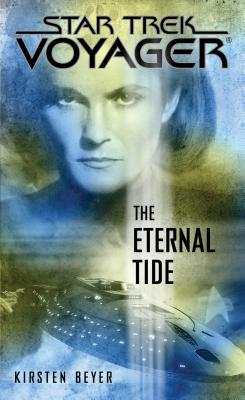 An all-new novel that continues the epic saga of the Starship Voyager!

As the Voyager fleet continues its exploration of the Delta Quadrant, investigating the current status of sectors formerly controlled by the Borg becomes a key priority. Two of the fleet’s special mission vessels, the U.S.S. Galen and U.S.S. Demeter, are left at New Talax to aid Neelix’s people, while the Voyager, Quirinal, Esquiline, Hawking, and Curie do a systematic search for any remnants of the Borg or Caeliar, even as the Achilles moves to a location central enough to offer aid to the exploring vessels as needed. As this critical mission begins, Fleet Commander Afsarah Eden, who has shared what little she knows of her mysterious past with Captain Chakotay, begins to experience several more “awakenings” as she encounters artifacts and places that make her feel connected to her long-lost home. She is reluctant to allow these visions to overshadow the mission, and this becomes increasingly difficult as time passes. But in the midst of this growing crisis, no one in the fleet could anticipate the unexpected return of one of Starfleet’s most revered leaders—a return that could hold the very fate of the galaxy in the balance.