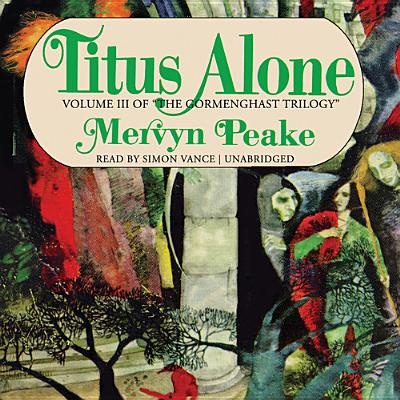 A doomed lord, an emergent hero, and an array of bizarre creatures haunt the world of the Gormenghast novels, considered to be some of the greatest fantasy classics of all time. At their center is the seventy-seventh earl, Titus Groan, who stands to inherit the miles of rambling stone and mortar that form Gormenghast Castle and its kingdom. In this third volume, Titus turns against the iron discipline of Gormenghast Castle, abdicating his throne and setting forth on an uncertain quest--for himself. His pilgrimage leads to encounters with mysteriously omnipotent police and a battle to the death with Veil, a fearsome ogre with a body like whips and a face that moves "like the shiftings of the gray slime of the pit." In his quest for independence from his legacy, Titus successfully captures the universal struggle to "come of age." This final installment in the Gormenghast trilogy is a fantastic triumph--a conquest awash in imagination, terror, and charm.