The Concentration Camps of the Anglo-Boer War: A Social History (Paperback) 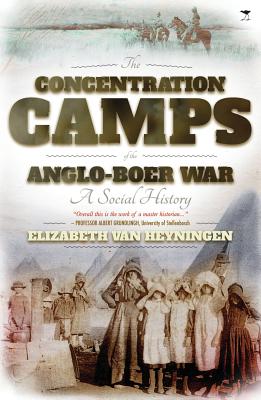 By Elizabeth van Heyningen
$24.95
This book is out of stock indefinitely, unable to order at this time.

A general history of the concentration camps of the Anglo-Boer War, and the first to make an in-depth use of the very rich and extensive official documents in the South African and British archives, this book provides a fresh perspective on a topic that understandably arouses emotions because of the great numbers of Afrikaners—especially women and children—who died in the camps. Set in the larger context of colonialism at the end of the 19th century, this fascinating account overturns many previously held assumptions and conclusions. Arguing that British views on poverty, poor relief, and the management of colonial societies all shaped administration, this social history also attempts to explain why the camps were so badly administered in the first place and why reform was so slow—suggesting that divided responsibility, ignorance, political opportunism, and a failure to understand the needs of such institutions all played a part.

Elizabeth van Heyningen is a former professor in the department of historical studies at the University of Cape Town in South Africa. She is the coauthor of The Cape Doctor in the Nineteenth Century: A Social History and Cape Town: The Making of a City.

“A masterly exercise in the writing of social history, extremely well informed, utilizing all the recent research.”  —Iain Smith, former professor of history, University of Warwick