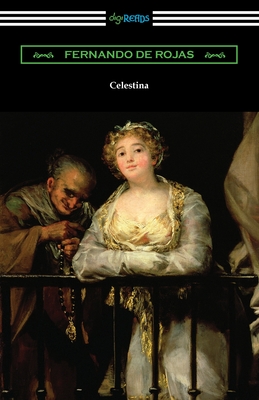 "Celestina" is a late 15th century work by Fernando de Rojas that is considered one of the greatest works of Spanish literature, one which marks the transition from the late medieval period and the beginning of the literary renaissance in Spain. The story is concerned with the love affair of Calisto and Melibea. Upon meeting Melibea, Calisto falls madly in love with her. However at first she rejects his advances. Calisto's servant Sempronio introduces him to Celestina, a local procuress at a brothel, whom he says can help him win the love of Melibea. Unfortunately Sempronio and Celestina are primarily interested in just getting as much money out of Calisto as possible; a deception which will have tragic consequences for the two would be lovers. Described as a Spanish "Romeo and Juliet", Rojas' "Celestina" is a highly regarded work of Spanish literature that would be deeply influential on the development of the picaresque novel as well as the work of future Spanish literary figures like Miguel de Cervantes. This edition is printed on premium acid-free paper and follows the translation of James Mabbe with an introduction by James Fitzmaurice-Kelly.