Medea (Translated with an Introduction and Annotations by Gilbert Murray) (Paperback) 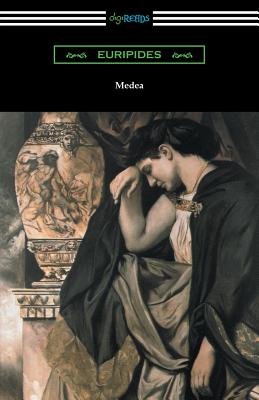 The influence of Euripides on the development of the dramatic genre cannot be overstated. Along with Sophocles and Aeschylus he is regarded as one of the three great Greek tragedians from classical antiquity. One of the most important of Euripides' surviving dramas is "Medea", the story of its title character, the wife of Jason of the Argonauts, who seeks revenge upon her unfaithful husband when he abandons her for a another bride. Set in Corinth sometime after Jason's quest for the Golden Fleece, the play begins with Medea raging against her husband's plans to marry Glauce, daughter of Creon, King of Corinth. Jason tries to explain his intent to marry Glauce as an effort to improve his status and that afterwards he intends to unify the two families taking Medea as his mistress. Medea however is unconvinced and pursues a path of murderous revenge. The play is controversial for its depiction of Medea murdering her own children as part of her revenge. This depiction was unconventional and not well received with the contemporary Athenian audience who expected the more traditional depiction of Medea's children being killed by the Corinthians after her escape. Regardless of this unfavorable initial reaction, "Medea" has come to be regarded as one of the most important tragedies of classical antiquity. This edition is printed on premium acid-free paper and is translated with an introduction and annotations by Gilbert Murray.