Out of Iraq: A Practical Plan for Withdrawal Now (Paperback) 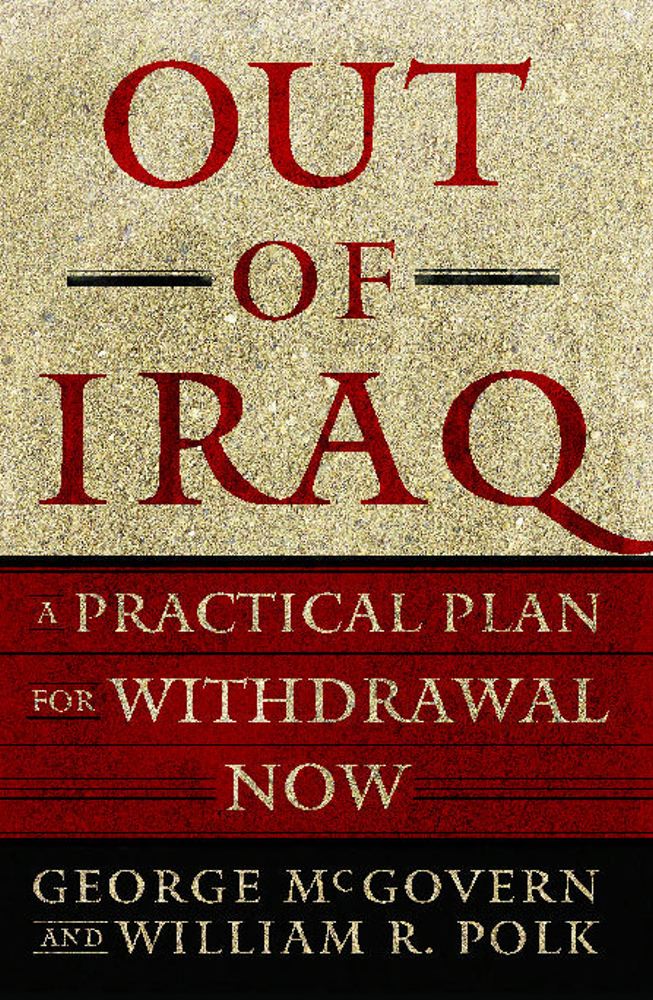 Former senator George McGovern and William R. Polk, a leading authority on the Middle East, offer a detailed plan for a speedy troop withdrawal from Iraq.

During the phased withdrawal, to begin on December 31, 2006, and to be completed by June 30, 2007, they recommend that the Iraq government engage the temporary services of an international stabilization force to police the country. Other elements in the withdrawal plan include an independent accounting of American expenditures of Iraqi funds, reparations to Iraqi civilians for lives lost and property destroyed, immediate release of all prisoners of war, the closing of American detention centers, and offering to void all contracts for petroleum exploration, development, and marketing made during the American occupation.

George McGovern, the Democratic Party's nominee for president in 1972, served in the House of Representatives from 1957 to 1961 and in the Senate for eighteen years. He was the president of the Middle East Policy Council in Washington, D.C., for six years and then served as ambassador to the UN Agencies on Food and Agriculture in Rome under President Clinton. He holds the Distinguished Flying Cross for service as a bomber pilot in World War II and the Presidential Medal of Freedom for humanitarian service.

William R. Polk, the author of Understanding Iraq, taught at Harvard until becoming the member of the State Department's Policy Planning Council responsible for the Middle East in 1961. He served as head of the interdepartmental task force on the Algerian war and was a member of the crisis management subcommittee during the Cuban missile crisis. After leaving government, he became professor of history at the University of Chicago and president of the Adlai Stevenson Institute of International Affairs.