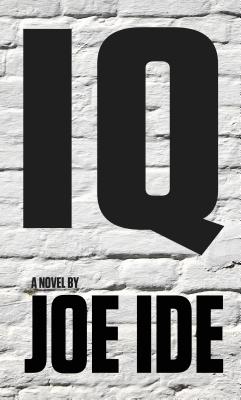 “IQ is the nickname of Isaiah Quintabe, who, despite being a high-school dropout, is absolutely brilliant and has amazing deductive skills. Living on the rough side of Long Beach, California, he is an underground detective who takes on cases in the city's ghettoes that the LAPD refuses to handle. Beginning with a kidnapping and moving to a case involving the assassination attempt on a famous rapper, IQ represents a positive influence in this tough environment of gang warfare, drugs, murders, and prostitution. A mixture of Michael Connelly's The Lincoln Lawyer, the craziness of Don Winslow's Savages, and the classic mysteries of Sherlock Holmes, this debut will spark interest and open up this particular world to new readers.”
— Gerard Villegas (E), Warwick's, La Jolla, CA

A resident of one of LA's toughest neighborhoods uses his blistering intellect to solve the crimes the LAPD ignores.
East Long Beach. The LAPD is barely keeping up with the neighborhood's high crime rate. Murders go unsolved, lost children unrecovered. But someone from the neighborhood has taken it upon himself to help solve the cases the police can't or won't touch.
They call him IQ. He's a loner and a high school dropout, his unassuming nature disguising a relentless determination and a fierce intelligence. He charges his clients whatever they can afford, which might be a set of tires or a homemade casserole. To get by, he's forced to take on clients that can pay.
This time, it's a rap mogul whose life is in danger. As Isaiah investigates, he encounters a vengeful ex-wife, a crew of notorious cutthroats, a monstrous attack dog, and a hit man who even other hit men say is a lunatic. The deeper Isaiah digs, the more far reaching and dangerous the case becomes.

Joe Ide is of Japanese American descent. Growing up in South Central Los Angeles, Joe's favorite books were the Conan Doyle Sherlock Holmes stories. The idea that a person could face the world and vanquish his enemies with just his intelligence fascinated him. Joe went on to earn a graduate degree and had several careers before writing his debut novel, IQ, inspired by his early experiences and his love of Sherlock. Joe lives in Santa Monica, California. Visit his website at www.joeide.com