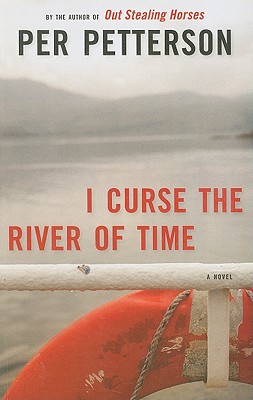 By Per Petterson, Charlotte Barslund (Translator)
Unavailable, our apologies.
Out of Print

“Fans of Out Stealing Horses will not be disappointed by Petterson's latest novel which pulses with lyrical prose. Set against the backdrop of the collapse of Communism in 1989, the story follows Arvid, who, when his mother is diagnosed with cancer, joins her at their summer house. Shifting between the present and Arvid's memories, I Curse the River of Time explores the strained relationship between mother and son, as well as Arvid's struggle to make sense of a life that has gotten away from him.”
— Natalie DelBusso, Wolfgang Books, Phoenixville, PA

It is 1989: Communism is crumbling, and Arvid Jansen, thirtyseven, is facing his first divorce. At the same time, his mother gets diagnosed with cancer. Over a few intense autumn days, we follow Arvid as he struggles to find a new footing in his life while all the established patterns around him are changing at staggering speed.