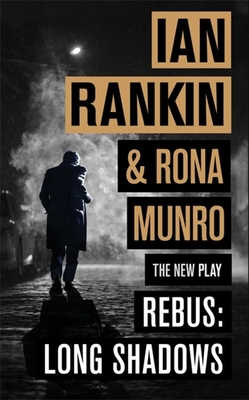 From the No.1 bestselling author of A SONG FOR THE DARK TIMES

The stage debut for the legendary detective John Rebus in this brand new, original story by Ian Rankin, written alongside the award-winning playwright Rona Munro.

John Rebus is not as young as he was, but his detective instincts have never left him. And after the daughter of a murder victim turns up outside his flat, he's going to need them at their sharpest.

Enlisting the help of his old friend DI Siobhan Clarke, Rebus is determined to solve this cold case once and for all. But Clarke has problems of her own, problems that will put her at odds with her long-time mentor and push him into seeking help from his age-old adversary: 'Big Ger' Cafferty.

This haunting story takes Rebus to places he has never been before, sets him and his long-time foe on a collision course and takes us deeper into one of the most satisfying conflicts in modern fiction.

Featuring an introduction from Rankin himself, a Q&A between writers Ian and Rona, an interview with the director, and behind-the-scenes production materials, this book is one Rebus fans will not want to miss out on.

Ian Rankin is the multi-million selling author of over twenty-five internation bestsellers. His John Rebus crime series had defined modern British crime-writing like no other author.