War Against the Taliban: Why It All Went Wrong in Afghanistan (Paperback) 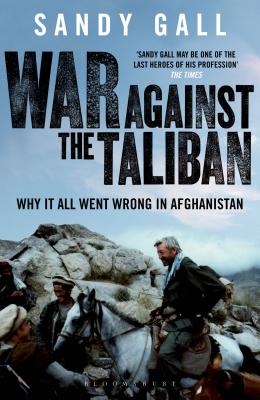 Afghanistan's strategically significant lands have long been fought over by foreign invaders. Today, as yet another generation risks life and limb in this inhospitable territory, an ever-rising death toll puts back under the spotlight the way the modern war in Afghanistan is being run, and demands answers. Drawing on interviews with Afghan politicians, businessmen and ordinary people, British, American and European diplomats and soldiers, Sandy Gall addresses the challenges - political, religious, and military - that face those now fighting on the most dangerous frontier in the world.

Sandy Gall CBE, is a British journalist, author, and former ITN news presenter. His career as a journalist spans over fifty years. Sandy Gall has written several books about Afghanistan and made three documentaries about the country during the Soviet War (two of which were nominated for BAFTA awards).

Sandy Gall and his wife also set up the Sandy Gall Afghanistan Appeal charity, which provides support to people who have lost limbs in combat. Gall was awarded the Lawrence of Arabia Memorial Medal in 1987, and the CBE in 1987. In 2003 he became the World Affairs Expert on LBC Radio. In 2010 he was awarded the Order of St Michael and St George for services to the people of Afghanistan. He lives in Kent with his wife, Eleanor Gall.