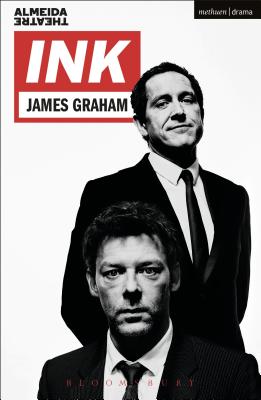 I want to tell you a story. And it's true. That's what makes it a good fucking story, right, 'cause all the best stories are true.

James Graham's ruthless, red-topped play leads with the birth of this country's most influential newspaper - when a young and rebellious Rupert Murdoch asked the impossible and launched its first editor's quest, against all odds, to give the people what they want.

Ink was first published to coincide with the world premiere of the play at the Almeida Theatre, London, on 17 June 2017, in a production directed by Rupert Goold.