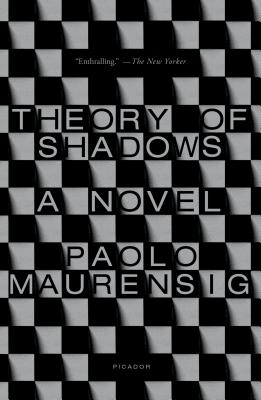 The strange circumstances surrounding the death of the world chess champion and alleged Nazi collaborator Alexander Alekhine, as investigated by a literary grand master

On the morning of March 24, 1946, the world chess champion Alexander Alekhine—“sadist of the chess world,” renowned for his eccentric behavior as well as the ruthlessness of his playing style—was found dead in his hotel room in Estoril, Portugal. He was fully dressed and wearing an overcoat, slumped back in a chair, in front of a meal, a chessboard just out of reach. The doctor overseeing the autopsy certified that Alekhine died of asphyxiation due to a piece of meat stuck in his larynx and assured the world that there was absolutely no evidence of suicide or foul play.

Some, of course, have commented that the photos of the corpse look suspiciously theatrical, as though staged. Others have wondered why Alekhine would have sat down to his dinner in a hot room while wearing a heavy overcoat. And what about all these rumors concerning Alekhine’s activities during World War II? Did he really pen a series of articles on the inherent inferiority of Jewish chess players? Can he really be seen in photographs with high-ranking Nazi officials? And as for his own homeland, is it true that the Russians considered him a traitor, as well as a possible threat to the new generation of supposedly superior Soviet chess masters?

With the atmosphere of a thriller, the insight of a poem, and a profound knowledge of the world of chess (“the most violent sport there is,” according to the Russian world champion Garry Kasparov), Paolo Maurensig’s Theory of Shadows leads us through the life and death of Alekhine: not so much trying to figure out whodunit as using the story of one infuriating and unapologetic genius to tease out “that which the novel alone can discover.”

Paolo Maurensig is an Italian businessman who had never written a book until The Luneburg Variation. He is the author of a second novel, which was published in Italy in 1996. He lives just outside of Udine.

"Theory of Shadows uses the game of chess as a vehicle to meditate on the Holocaust . . . In the brilliant darkness of his story, Maurensig investigates the cost of complicity with evil." —Elizabeth Fifer, World Literature Today

"In this slim yet complex novel, Maurensig returns to themes familiar from his debut, The Lüneburg Variation (1997): fascism and chess. In 1946, world chess champion Alexander Alekhine was found dead in his hotel room in Portugal, the official cause listed as choking on his dinner. The scene screamed coverup, and Alekhine’s life provided a bevy of murder motivations." —Bethany Latham, Booklist