Legion: The Many Lives of Stephen Leeds (CD-Audio) 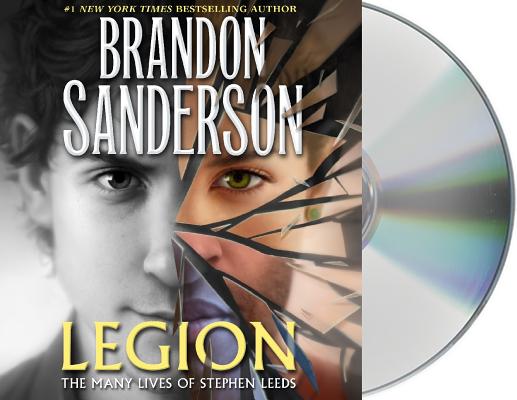 By Brandon Sanderson, Oliver Wyman (Read by)
$44.99
This book is out of stock indefinitely, unable to order at this time.

Legion: The Many Lives of Stephen Leeds includes the novellas Legion and Legion: Skin Deep, published together for the first time, as well as a brand new Stephen Leeds novella, Lies of the Beholder.

Oliver Wyman, a native New Yorker, has appeared on stage as well as in film, and television. He is one of the founders of New York City's Collective Unconscious theater, and his performances include the award-winning “reality play” Charlie Victor Romeo and A.R. McElhinney's cult classic film A Chronicle of Corpses. He also lent his voice to several episodes of the Teenage Mutant Ninja Turtles. Oliver's work as a narrator extends to over 150 audiobooks and has won many him awards, including Audie awards for his reading of Lance Armstrong's autobiography, It's Not About the Bike, and Thomas L. Friedman's The World is Flat. He also read James Frey's A Million Little Pieces, Tim Dorsey's Atomic Lobster, and David Weber's By Schism Rent Asunder. Oliver has won five Audie Awards from the Audio Publisher's Association, fourteen Earphone Awards from AudioFile Magazine, and two Listen Up Awards from Publisher's Weekly. Oliver was named a 2008 Best Voice in Nonfiction & Culture by AudioFile Magazine.