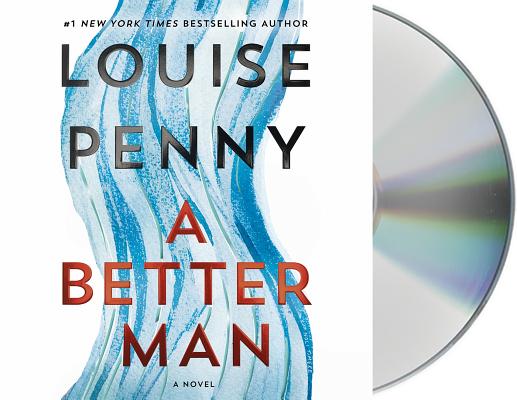 By Louise Penny, Robert Bathurst (Read by)
$39.99
This book is out of stock indefinitely, unable to order at this time.

This is book number 15 in the Chief Inspector Gamache Novel series.

It’s Gamache’s first day back as head of the homicide department, a job he temporarily shares with his previous second-in-command, Jean-Guy Beauvoir. Flood waters are rising across the province. In the middle of the turmoil a father approaches Gamache, pleading for help in finding his daughter.

As crisis piles upon crisis, Gamache tries to hold off the encroaching chaos, and realizes the search for Vivienne Godin should be abandoned. But with a daughter of his own, he finds himself developing a profound, and perhaps unwise, empathy for her distraught father.

Increasingly hounded by the question, how would you feel…, he resumes the search.

As the rivers rise, and the social media onslaught against Gamache becomes crueler, a body is discovered. And in the tumult, mistakes are made.

In the next title in this “constantly surprising series that deepens and darkens as it evolves” (New York Times Book Review), Gamache must face a horrific possibility, and a burning question.

What would you do if your child’s killer walked free?

Praise for A Better Man:

“‘A Better Man,' with its mix of meteorological suspense, psychological insight and criminal pursuit, is arguably the best book yet in an outstanding, original oeuvre.” —Tom Nolan, The Wall Street Journal

"With an uncompromising eye, Penny explores the depths of human emotion, both horrifying and sublime. Her love for her characters and for the mystical village of Three Pines is apparent on every page." —Publishers Weekly, starred review

LOUISE PENNY is the author of the #1 New York Times and Globe and Mail bestselling series of Chief Inspector Armand Gamache novels. She has won numerous awards, including a CWA Dagger and the Agatha Award (seven times), and was a finalist for the Edgar Award for Best Novel. In 2017, she received the Order of Canada for her contributions to Canadian culture. Louise lives in a small village south of Montréal.

Advance Praise for A Better Man

"With an uncompromising eye, Penny explores the depths of human emotion, both horrifying and sublime. Her love for her characters and for the mystical village of Three Pines is apparent on every page." —Publishers Weekly, starred review

"The appeal of this series and especially of Gamache himself has always been Penny's ability to show her hero moving from the tangible, brutal facts of murder to the emotions within, the stories in the blood. There are multiple stories, often contradictory, to be found in the many-tentacled web of human tragedy and suffering that Gamache teases to the surface in this moving exploration of ties that both bind and destroy." —Booklist, starred review

“This title brings several character arcs to a close while resetting others to make this psychological mystery serve both as a beginning for new readers and a satisfying continuation for series fans. Gamache is an explorer of the human psyche, and the care he takes with the victims, their friends and family, as well as his own allows this series and his character continually to surprise, delight, and enthrall.” —Library Journal(starred review)

“Louise Penny’s latest offers suspense galore, well-drawn characters… and some of the finest prose to grace the suspense genre.” —BookPage


Praise for Kingdom of the Blind

“A spellbinder . . . another outstanding Gamache adventure… ingenious . . . what more could a mystery reader – or any reader for that matter – want?”—Maureen Corrigan, Washington Post

“Louise Penny’s novels are unique for how seamlessly they straddle the line between charmingly small-town mysteries and big-city police procedurals . . . It’s not to be missed!” —BookPage (Top Pick)

“Brain-teasing puzzles, life-and-death stakes and lots of Three Pines, a magical place where the warmth in the villagers’ hearts thaws the ice on their eyelashes.”—St. Louis Post Dispatch

“Complex ongoing saga… Wait anxiously for the next installment.”—Pittsburgh Post-Gazette

“Penny does a splendid job of interweaving those three main plot lines, studding them with several life-threatening scenes that had me holding my breath, and building to a wild finale.”—Tampa Bay Tribune

“Few mystery writers intertwine the personal lives of their characters with the crimes being investigated more skillfully than Penny does, and she is at her best here, as several key players face turning points in their lives, suggesting that if the past can strangle the present, it can also help clear the way for the future.”—Booklist(Starred Review)

“Penny is a master at blending the modern evils affecting the big city and hidden secrets of the almost mythical village of Three Pines. Well-known characters return and new faces add richness to a narrative that will keep readers intrigued until the last page.” —Library Journal (Starred Review)

“Penny reveals a deeper vulnerability in the introspective Gamache… The ending is adrenaline-filled....This starts as a small-town mystery and becomes something grander.” —Kirkus Reviews

"I thoroughly enjoyed Kingdom of the Blind. It’s always a treat to spend a few days with Armand Gamache and his latest investigation is one of my favorites." —James Patterson