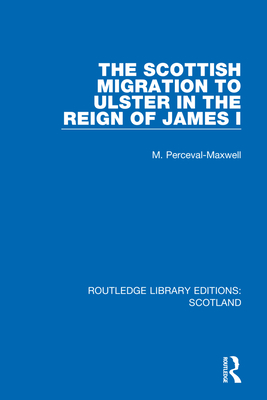 Originally published in 1973, the emphasis of this study is on the Scottish settlers during the first quarter of the 17th Century. It shows that the 'Plantation', although a milestone in Ireland's past is also of considerable importance in Scotland's history. The society that produced Scottish settlers is examined and the reasons why they left their homeland analysed. The book explains what effect the Scottish migration had upon both Ireland and Scotland and assesses the extent to which James I was personally involved in the promotion of the 'Plantation' scheme.

M. Perceval-Maxwell was Professor of History at McGill University, Canada.