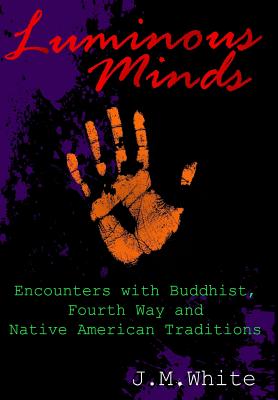 These interviews were done as part of an adventurous education. I was following the intellectual pathways that most fascinated me and found myself drawn to the esoteric traditions, especially Tibetan Buddhism. At the same time, I was equally interested in Gurdjieff and the literature about him. Finally, I had a lifelong captivation with indigenous peoples around the globe. I felt that the best way to learn about these traditions was to find the experts in the field and study with them. Interviews and Encounters includes the Buddhist meditation masters Khenchen Palden Sherab Rinpoche and Karthar Rinpoche. They are joined by Keith Dowman from the Dzogchen traditions of Tibetan Buddhism and by John Vincent Bellezza who goes into the pre-Buddhist traditions in Tibet. Finally, the Beat poet Philip Whalen provides a Zen Buddhist perspective. The Fourth Way tradition is represented by Anthony Blake who was a close student of John Bennett and Pierre Elliot who lived in Gurdjieff's household for the last two years of Gurdjieff's live. The Native perspective is represented by Dyhani Ywahoo and Amoneeta Sequoyah from the Cherokee tribe and by Ruben Orellano, a Peruvian shaman. This book is the outcome of a lifetime of study with remarkable writers and scholars, all of them outside the academic realms, living the life of pure scholarship, meditation and writing.