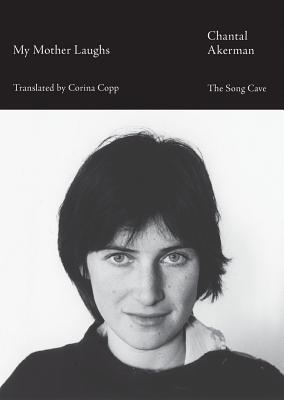 Much like her films, My Mother Laughs breathes Akerman's day-to-day, rooting itself in the deterioration of her mother. It's a crushing love story, brief in length but nails its impact on how toxic a relationship can become, and how we retaliate. I felt ambushed with questions on how we metabolize an abusive relationship, how do we let our guard down when the ones closest to us are only honest, and felt burnt at how similar her relationship was with her sister was with mine. My Mother Laughs humanizes Chantal.

When asked how she would describe her life's work—as an experimental documentarian, an avant-garde filmmaker—Akerman said: "Daughter." This memoir detailing her mother's sickness is full of pain, but it is a life's work to love who made you, to the end, and to see yourself with and without them.

A memoir in the form of a poetic musing on the inevitability of death and the difficulty of letting loved ones go." -Alex Greenberger, ARTnews

First published in France in 2013, My Mother Laughs is the final book written by the legendary and beloved Belgian artist and director Chantal Akerman (1950-2015) before her death. A moving and unforgettable memoir, the book delves deeply into one of the central themes and focuses of Akerman's often autobiographical films: her mother, who was the direct subject of her final film No Home Movie (2015).

With a particular focus on the difficulties Akerman faced in conjunction with the end of her mother's life, the book combines a matter-of-fact writing style with family photographs and stills from her own films in order to better convey the totality of her experience. Akerman writes: With pride because I finally believed in my ability to say something that I'd had trouble saying. I told myself, I am strong for once, I speak. I tell the truth. Chantal Akerman (1950-2015) was a Belgian film director, screenwriter, artist and professor. She is best known for her film Jeanne Dielman, 23 quai du Commerce, 1080 Bruxelles (1975), which was dubbed a masterpiece by the New York Times. During her 42 years of active filmmaking, Akerman's influence on queer, feminist and avant-garde cinema remains unmatched, her films highlighting a near-physical passage of time. Akerman's films have been shown at the Venice Film Festival, Cannes Film Festival and the New York Film Festival, among many others.