Between the Kola Forest and the Salty Sea: A History of the Liberian People Before 1800 (Hardcover) 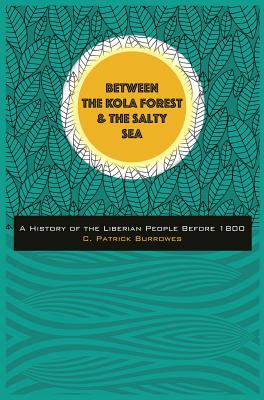 Between the Kola Forest and the Salty Sea reveals the long-hidden story of those who lived in the region before Liberia was created. Here are a few of the inspiring revelations it contains: * The different languages and ethnic groups of Liberia share a common root.* The barkless "kaykay" dog found in Liberian villages were a favorite pet of Ancient Egyptian pharaohs.* Kola - once used as an ingredient in soft drinks - was discovered by the ancestors of Liberi ans.* Early European explorers learned from early Liberian seafarers how to navigate some dangerous currents and winds of the Atlantic Ocean.* Rice growers from West Africa's "Grain Coast" helped teach Americans how to grow rice. Today, the United States exports rice to West Africa, including Liberia.Between the Kola Forest and the Salty Sea took 30 years of research and uses documents first published in Arabic, Portuguese, Spanish and French. It draws on oral traditions, archaeological digs, historical linguistics, studies of cultural patterns embedded in masks and other forms of material culture, regional and continental histories, and even biological anthropology. Just as West African farmers burn a field to remove weeds, Between the Kola Forest and the Salty Sea demolishes many negative stereotypes. For centuries, African cultures have been portrayed as "strange," "weird," even "evil" through the use of words like "fetish," "witch," and "country devil." Instead, the book uses more neutral words to describe African culture, such as ethnic group (not "tribe") and energy or power (not "spirit"). This book will change Liberian history - and Liberians - for good