Lyrics of a Blackbird (Paperback) 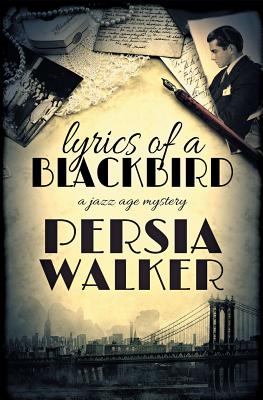 It is 1926, the heart of the Roaring Twenties, and Harlem is the place to be. Years after dropping out of Harlem society, David McKay, a handsome lawyer from a prominent Strivers' Row family, returns home, devastated by the news of his sister's suicide. Burdened by a secret of his own, he dares to stay in Harlem to seek answers about Lilian's death.

He rediscovers the world of the Harlem Renaissance, a place of suffocating class strictures, seductive patrons, and aristocratic civil rights leaders. His inquiry takes him from the wealthy salons of its powerbrokers to the crowded tenements of its poor. He uncovers old loves and festering hatreds. The deeper he probes, the closer he comes to unleashing forces that could reveal his own crippling secret - one that could destroy or redeem him.

This gripping 1920s murder mystery, taut and lyrical, combining elements of the suspense and hard-boiled genres, evokes the mystique of Harlem's most fascinating era. Absorbing and powerful, Harlem Redux combines incisive comment on race and class with a tragic tale of unrequited love.