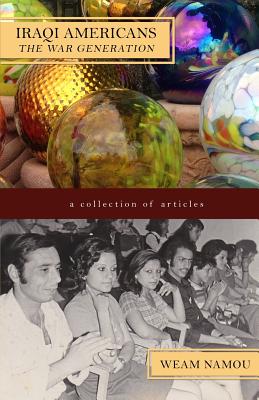 This is book number 1 in the Iraqi Americans series.

The War Generation, the first of the Iraqi Americans book series, is a collection of 36 articles that Weam Namou wrote over the years which paint a picture of Iraqi Americans' political and social situation and their struggles. Namou writes, "The views that leaders, politicians and activists I interviewed had about Iraq and the United States fascinated me, especially since their views largely differed from, or were not found in, mainstream media. Given these people's direct connection to both countries, I felt it was important that their stories and perspectives be heard."

A full color book, The War Generation has a large focus on Christianity and the biblical city of Nineveh because, after the 2003 US-led invasion, Christians were heavily targeted by fundamentalists. Many leaders foresaw the genocide that began in June 2014 against this group of people and tried for over a decade to establish an autonomous region in Nineveh for Christians and other minorities in Iraq. Their efforts were in vain.