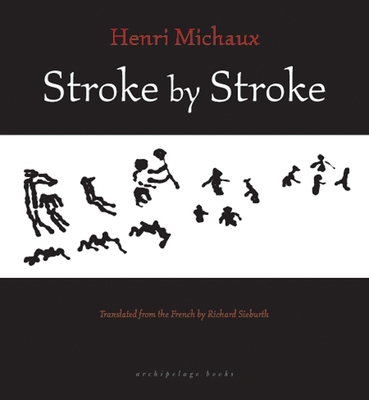 Stroke by Stroke is a pairing of two of Henri Michaux’s most suggestive texts, Stroke by Stroke (Par des traits, 1984) and Grasp (Saisir, 1979), written towards the end of his life. Michaux’s ideogrammic ink drawings accompany his poetic explorations of animals, humans, and the origins of language. This series of verbal and pictorial gestures is at once explosive and contemplative. Michaux emerges at his most Zen.

Henri Michaux (1899-1994) was born in Namur, Belgium. His travels throughout the Americas, Asia, and Africa inspired his first two books, Ecuador and A Barbarian in Asia. In 1948, after the death of his wife, he devoted himself increasingly to his distinctive calligraphic ink drawings. Averse to publicity of any sort, in 1965 he refused the French Grand Prix National des Lettres. Michaux’s other works in English translation include Emergences-Resurgences (Skira, 2001), Darkness Moves: An Henri Michaux Anthology (California, 1997), Tent Posts (Sun and Moon, 1997), and A Barbarian in Asia (New Directions, 1986).

"I first encountered Michaux’s astonishing work in Stroke By Stroke, a physically and conceptually beautiful little book . . . Reading Stroke By Stroke, I felt invited to travel “toward greater ungraspability”—and in our uncertain times, Michaux’s ease with that is deeply reassuring." - Martha Cooley, The Common