The Black Pilgrimage & Other Explorations: Essays on Supernatural Fiction (Paperback) 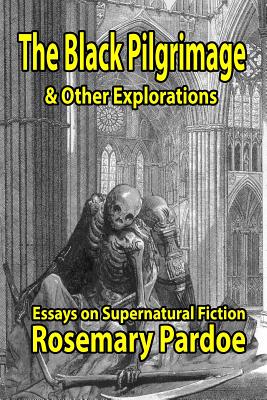 By Rosemary Pardoe, David a. Sutton (Introduction by)
$17.99

The celebrated writer M. R. James (1862-1936) is the most significant author of ghost stories in the world. His macabre work has terrified and fascinated readers for over 100 years. Now collected in one volume, 29 essays on his ghostly tales and themes by editor and James scholar Rosemary Pardoe

Plus a further eight essays on other authors, including Fritz Leiber, Arthur Machen, E. G. Swain and Many Wade Wellman and a fascinating miscellany of nine additional pieces on a variety of topics.

Rosemary Pardoe is the esteemed essayist and editor of the famed M. R. James related Ghosts & Scholars magazine, which she has edited since 1979. She is the co-editor (with Richard Dalby) of Ghosts And Scholars: Stories in the Tradition of M. R. James (1987), and three volumes of The Ghosts & Scholars Book of Shadows (Sarob Press). She is the co-editor and has contributed to Warnings to the Curious: A Sheaf of Criticism on M. R. James, edited with S. T. Joshi.