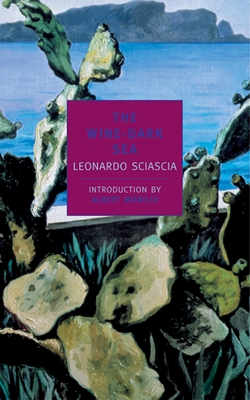 By Leonardo Sciascia, Albert Mobilio (Introduction by), Avril Bardoni (Translated by)
$16.95
On Our Shelves

Leonardo Sciascia was an outstanding and controversial presence in twentieth-century Italian literary and intellectual life. Writing about his native Sicily and its culture of secrecy and suspicion, Sciascia matched sympathy with skepticism, unflinching intelligence with a streetfighter's intransigent poise. Sciascia was particularly admired for his short stories, and The Wine-Dark Sea offers what he considered his best work in the genre: thirteen spare and trenchant miniatures that range in subject from village idiots to mafia dons, marital spats to American dreams. Here, in unforgettable form, Sciascia examines the contradictions—sometimes comic, sometimes deadly, and sometimes both—of Sicily's turbulent history and day-to-day life.

Leonardo Sciascia (1921-1989) was born in Racamulto, Sicily. Starting in the 1950s, he established himself in Italy as a novelist and essayist, and also as a controversial commentator on political affairs. Among his many other books are Salt on the Wound, a biography of a Sicilian town, The Council of Egypt, an historical novel, and Todo Modo, a book in a genre that Sciascia could be said to have invented: the metaphysical mystery.

Albert Mobilio is a poet and critic. His books of poetry include Bendable Siege and The Geographics, and his criticism has appeared in Harper’s, The New York Times Book Review, and The Village Voice. In 1999 he won the National Book Critics Circle award for excellence in reviewing. He teaches at The New School.