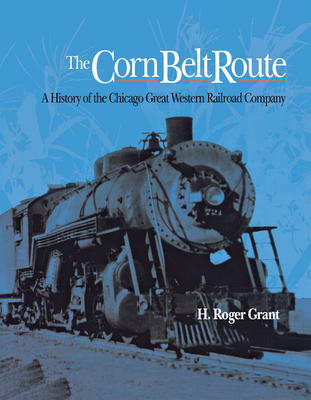 The Chicago Great Western Railroad was a spunky midwestern carrier that contributed mightily to the transportation industry. The 1,500-mile CGW, built by the iconoclastic and ambitious A. B. Stickney, proved to be exceptionally innovative as it developed new ways to compete with larger railroads. Pitted against tough, determined competitors, the CGW during its eighty-five years made innovations that changed the history of American transportation. Among the pioneering activities for which the Great Western is remembered are the early use of internal combustion equipment, the hauling of truck trailers atop flatcars ("piggy-backs"), and the use of extremely long freight trains. Indeed, much of the railroad's past supports the notion that smaller, less-established carriers like the CGW frequently stimulated changes in industry thinking and practices.

In spite of its innovations, the path of the Great Western, sometimes called the "Great Weedy," did not always run smoothly. In the 1930s, John W. Barriger III quipped, "The Chicago Great Western is a mountain railroad in a prairie country serving a traffic vacuum." Such a negative assessment was not uncommon for this Granger pike, which in fact climbed some steep grades and owned a long tunnel. And while the road did not operate in a "traffic vacuum," its competitors were well entrenched and robust. By 1903, the CGW served the strategic gateways of Chicago, Kansas City, Minneapolis-St. Paul, St. Joseph, and Omaha. Between Chicago and the Twin Cities alone, the company competed with six other roads. When the Chicago & North Western acquired the Great Western in 1968, one of America's most imaginative railroads disappeared.

The Corn Belt Route is the first scholarly treatment of the Chicago Great Western Railroad, a company that has long intrigued the railfan, whether collector, modeler, photographer, or historian. Richly illustrated, this book tells the lively story of one of the great small railroads that once served the Midwest.

H. Roger Grant, Professor of History at Clemson University, is author of 23 books, most of them on railroad history. His earlier company histories cover the Chicago & North Western, the Chicago Great Western, the Erie Lackawanna, and the Wabash railroads.

"A fine, engaging, and enlightening study of a corporate underdog's struggle to survive."
—Railroad History

"Grant tells a good story. His narrative is balanced between the factual, the anecdotal, and the broader issues."—Technology & Culture