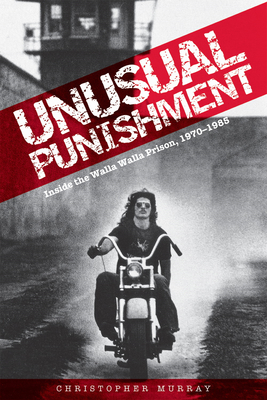 The Washington State Penitentiary in Walla Walla was once a place where the warden exercised absolute authority. One word, and a convict could be held for weeks, naked, in an empty dark cell, or sent to the terrifying mental health ward where coercion included torture. Any employee could be fired at will. Guards and prisoners called it "super custody."

Change began in the early 1970s with well-meaning but naive reform. Inmates abused new freedoms. Chaos descended. Convicts had the only keys to certain prison areas. Bikers roared prison-made choppers around the Big Yard. Marijuana was everywhere, and hundreds shot heroin. Prisoners took lives with shanks and even bombs. Frustrated and afraid, correctional officers quit or looked the other way.

A new superintendent curtailed the most dysfunctional inmate privileges, and in a dramatic midnight move, sent incarcerated leaders to distant prisons. In the fragile stability that followed, a guard was murdered, a long lockdown began, a cell block rioted, and more than two hundred men spent a long, hot summer outside in the Big Yard. Numerous officers rebelled, demanding a brutal crackdown and return to super custody. When forty-two refused to take their posts, the superintendent fired them all.

The courts intervened, politics changed, and in 1981, a charismatic correctional leader--charming in public and tyrannical in private--took command of a newly created department of corrections. With skill and determination, he imposed his will and transformed Washington corrections. Order returned to the penitentiary.