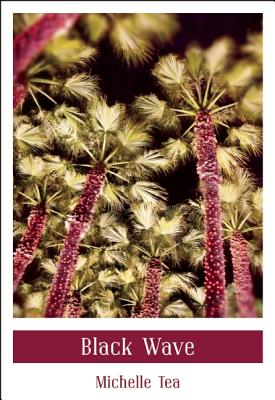 "It's 1999 in San Francisco and the apocalypse looms. There are roaches everywhere and it's never been so hot. Enter Michelle: punk, lesbian, writer and bookseller who is just beginning to think she has a substance abuse problem. When we meet her she's doing crack with a convict. When we leave her the world is on fire. For anyone trapped in a cycle or city who worries moving to LA would be the end of the world."

It's 1999 in San Francisco, and as shockwaves of gentrification sweep through Michelle's formerly scruffy neighborhood, money troubles, drug-fueled mishaps, and a string of disastrous affairs send her into a tailspin. Desperate to save herself, Michelle sets out to seek a fresh start in Los Angeles.

Meanwhile, climate-related disruptions and a string of extinctions are the background noise of impending doom. One day, Michelle wakes up to an official announcement: the world will be ending in exactly one year. Daily life in Los Angeles quickly becomes intensely surreal.

Humans begin to collectively dream of the lives and loves they would have had, if not for the end of the world, and the lines between fantasy and reality become increasingly blurred. As the planet nears its expiration date, Michelle holes up in an abandoned bookstore and calmly begins to write--convinced she's finally stumbled upon the elusive "universal story"--a novel about a struggling writer facing the end of the world.

Funny, gritty, improbable, and endearing, "Black Wave" muses on the hallucinatory confusions of addiction, the hope and despair of a barely published writer, notions of destiny, and the porous boundaries between memoir and fiction.

Michelle Tea has published four memoirs, including the award-winning "Valencia"; the novel "Rose of No Man's Land"; and the poetry collection "The Beautiful." Her latest book "How to Grow Up: A Memoir," was recently published by Plume.

Michelle Tea is the author of five memoirs, including the cult favorite Valencia, the illustrated Rent Girl, and most recently How to Grow Up; the novel Rose of No Man's Land; a YA fantasy trilogy in progress (Books 1 and 2 published so far: Mermaid in Chelsea Creek and Girl at the Bottom of the Sea); and The Beautiful, a collection of self-published poetry chapbooks from the 1990s. She is the Founding Executive Director of RADAR Productions, a queer-feminist literary organization that runs The RADAR Reading Series at the San Francisco Public Library, the international Sister Spit performance tours, and many other programs around the San Francisco Bay Area and beyond. She is Editor of Sister Spit Books, an imprint of City Lights, and founding Editor of Mutha Magazine, an alternative parenting web magazine. She has edited anthologies on class, fashion, and queer literature, and her column Getting Pregnant with Michelle Tea ran for three years on xoJane.com. Tea also occasionally writes for Buzzfeed, The Believer, The Bold Italic, n+1 and other print and web publications.