In Danger: A Pasolini Anthology (Paperback) 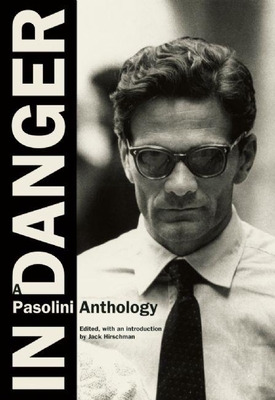 In Danger is the first anthology in English devoted to the political and literary essays of Pier Paolo Pasolini, with a generous selection of his poetry. Against the backdrop of post-war Italy, and through the mid-'70s, Pasolini's writings provide a fascinating portrait of a Europe in which fascists and communists violently clashed for power and where journalists ran great risks. The controversial and openly gay Pasolini was murdered at the age of fifty-three; In Danger includes his final interview, conducted hours before his death.

Pier Paolo Pasolini (1922-1975) was a major cultural figure in post-WW2 Italy, well-known as a poet, novelist, communist intellectual and filmmaker. Controversial and openly homosexual, Pasolini was brutally murdered at the age of 53. Editor Jack Hirschman is an internationally-renowned poet and translator. A former poet-laureate of San Francisco, and editor of The Artaud Anthology, Hirschman has written many books, including Front Lines: Selected Poems, All That's Left and his 900-page masterwork, The Arcanes.