Wagstaff: Before and After Mapplethorpe: A Biography (Hardcover) 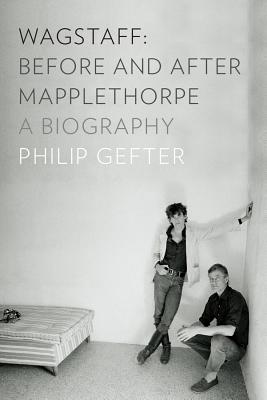 Sam Wagstaff's biography does not simply tell the story of his life from a 1940's socialite bachelor through the NYC art scene of the 1970's to his death in 1987. He was influential as a controversial curator during the late 60's. He then switched to photography and championed its transition from the fringes of the art world to the international market. His personal story is told against that of the shifting attitudes of American society and how it changed (or didn't) for gay men over these decades.

Biography on a grand cultural level, here is the long-awaited story of Sam Wagstaff and his indelible influence on the world of late-twentieth-century art.

Sam Wagstaff, the legendary curator, collector, and patron of the arts, emerges as a cultural visionary in this groundbreaking biography. Even today remembered primarily as the mentor and lover of Robert Mapplethorpe, the once infamous photographer, Wagstaff, in fact, had an incalculable—and largely overlooked—influence on the world of contemporary art and photography, and on the evolution of gay identity in the latter part of the twentieth century.


Born in New York City in 1921 into a notable family, Wagstaff followed an arc that was typical of a young man of his class. He attended both Hotchkiss and Yale, served in the navy, and would follow in step with his Ivy League classmates to the "gentleman's profession," as an ad executive on Madison Avenue. With his unmistakably good looks, he projected an aura of glamour and was cited by newspapers as one of the most eligible bachelors of the late 1940s. Such accounts proved deceiving, for Wagstaff was forced to live in the closet, his homosexuality only revealed to a small circle of friends. Increasingly uncomfortable with his career and this double life, he abandoned advertising, turned to the formal study of art history, and embarked on a radical personal transformation that was in perfect harmony with the tumultuous social, cultural, and sexual upheavals of the 1960s.

Accordingly, Wagstaff became a curator, in 1961, at Hartford's Wadsworth Atheneum, where he mounted both "Black, White, and Gray"—the first museum show of minimal art—and the sculptor Tony Smith's first museum show, while lending his early support to artists Andy Warhol, Ray Johnson, and Richard Tuttle, among many others. Later, as a curator at the Detroit Institute of Arts, he brought the avant-garde to a regional museum, offending its more staid trustees in the process.

After returning to New York City in 1972, the fifty-year-old Wagstaff met the twenty-five-year-old Queens-born Robert Mapplethorpe, then living with Patti Smith. What at first appeared to be a sexual dalliance became their now historic lifelong romance, in which Mapplethorpe would foster Wagstaff's own burgeoning interest in contemporary photography and Wagstaff would help secure Mapplethorpe's reputation in the art world. In spite of their profound class differences, the artistic union between the philanthropically inclined Wagstaff and the prodigiously talented Mapplethorpe would rival that of Stieglitz and O’Keefe, or Rivera and Kahlo, in their ability to help reshape contemporary art history.

Positioning Wagstaff's personal life against the rise of photography as a major art form and the simultaneous formation of the gay rights movement, Philip Gefter's absorbing biography provides a searing portrait of New York just before and during the age of AIDS. The result is a definitive and memorable portrait of a man and an era.

Philip Gefter was on staff at The New York Times for over fifteen years, where he wrote regularly about photography. His essays are collected in the book Photography After Frank (2009). He lives in New York City.

Gefter delivers the most persuasive account yet of how Wagstaff encouraged a small coterie of likeminded collectors… who raised vintage photographs from quaint curiosities to a ‘serious’ artistic medium. Mapplethorpe was the inadvertent catalyst of this historic shift.
— Martin Filler - The New York Review of Books

This thorough, entertaining biography portrays a blue blood who charmed East Coast society but also loved to scandalize… Gefter captures the brilliance of that world and its decline in the face of AIDS.
— New Yorker

An admiring and absorbing biography… As cultural history, Wagstaff’s life story parallels the ascent of the gay rights movement in New York. Gefter tracks the social changes that allowed Wagstaff to escape the charades and debasements of living as a closeted homosexual in the intolerant past.
— Deborah Solomon - New York Times Book Review