Spiritual Writings of Sister Margaret of the Mother of God (1635-1643) (The Other Voice in Early Modern Europe: The Toronto Series #39) (Paperback) 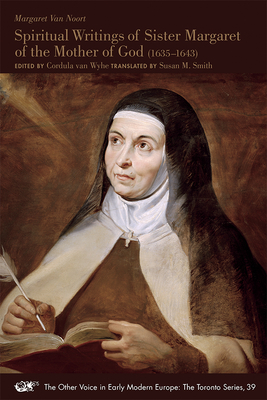 In 1635, as directed by her confessor so that he might understand “the state of her soul,” Margaret Van Noort, a lay sister of the royal convent of Discalced Carmelite nuns in Brussels, composed her spiritual autobiography. This text was followed by two diaries in 1636 and 1637 recording the workings of her inner life and relation to God, and reflecting the cosmopolitan Catholic tradition of her homeland. Now gathered in this volume, these works illustrate Margaret’s development from a troubled young lay sister into a woman of spiritual experience and authority.

Cordula Van Wehe is a Senior Lecturer at the History of Art Department, University of York, UK. She is the editor of Isabel Clara Eugenia: Female Sovereignty in the Courts of Madrid and Brussels (2012).

Cordula van Wyhe’s edition and Susan Smith’s translation of Margaret of the Mother of God’s Spanish texts give voice to the unique life of a religious laywoman from the seventeenth-century Low Countries. Writing from the kitchen of her Discalced Carmelite convent in Brussels, Sister Margaret documents topics including her early life as the daughter of a Flemish military officer, her spiritual growth, and her battle with chronic illness. Translations and commentary of other texts written posthumously about Margaret are also provided. This superb edition offers a valuable contribution to the study of early modern women living within the Habsburg Empire and the far-reaching effects of a larger Teresian community in northern Europe