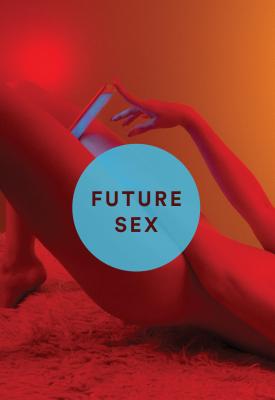 By Emily Witt
Unavailable, our apologies.
Out of Print

A funny, fresh, and moving antidote to conventional attitudes about sex and the single woman

Emily Witt is single and in her thirties. Up until a few years ago, she still envisioned her sexual experience “eventually reaching a terminus, like a monorail gliding to a stop at Epcot Center.” Like many people, she imagined herself disembarking, finding herself face-to-face with another human being, “and there we would remain in our permanent station in life: the future.”

But, as many of us have found, things are more complicated than that. Love is rare and frequently unreciprocated. Sexual experience doesn’t necessarily lead to a future of traditional monogamy—and why should it? Have we given up too quickly on the alternatives?

In Future Sex, Witt explores Internet dating, Internet pornography, polyamory, and avant-garde sexual subcultures as sites of possibility. She observes these scenes from within, capturing them in all their strangeness, ridiculousness, and beauty. The result is an open-minded, honest account of the contemporary pursuit of connection and pleasure.

Emily Witt has written for The New Yorker, n+1, The New York Times, and the London Review of Books. She studied at Brown University, Columbia University, and the University of Cambridge and was a Fulbright Scholar in Mozambique. She grew up in Minneapolis and lives in Brooklyn.

“Emily Witt’s book examines how, for those who grew up in the era of the sexual supermarket, the abundance of options can be less an allure than a challenge . . . Witt is a sharp observer of the behavior and the motivations of others, a wry, affectionate portraitist of idealistic people and the increasingly surreal place they belong to . . . Among other things, Future Sex offers a superb account of the absurdities of San Francisco in the first half of this decade, a bouncy castle of a city where the private pleasures of the conquering tech class are construed (and marketed) as social benefits for all.”
—Alexandra Schwartz, The New Yorker

“These gorgeously written essays, linked by tone, style, and a singular ambitious purpose, are brimming with intellect and infused with a caustic, compelling humor that marks our most astute and entertaining cultural critics. Future Sex explores sexual predilections that you never thought you’d find interesting . . . Witt is open and brave and remarkably nonjudgmental . . . Witt is as fine a literary stylist as Joan Didion . . . As an essayist she is as rhetorically powerful as Rebecca Solnit.”
—Emily Rapp Black, The Boston Globe

“Emily Witt’s Future Sex irresistibly explores the mournfulness and hopefulness of singledom today . . . What makes Future Sex so compelling, and so fascinating, is the indeterminacy of its author’s own position in relation to the world she’s writing about. She’s usually more than just an observer, but she’s also rarely an insider.”
—Mark O’Connell, Slate

“[Witt is] an intrepid journalist . . . A writer of many registers, Witt conveys amusement, bemusement, disgust, and sympathy all at once.”
—Judith Schwartz, The Atlantic

"A serious exploration of American sexual culture . . . [Emily Witt] has in her own way reinvented the sex memoir."
—Jessica Cutler, The Washington Post

"In many [moments] in her genre-bending first book, Future Sex, Emily Witt captures lonely, tender truths about human sexuality. Seeking the future of sex in our culture, she shrewdly examines the past . . . A riveting chronicle of twenty-first century sexuality, told by a smart and talented writer."
—Diana Whitney, San Francisco Chronicle

“In Future Sex, Witt has written a book that is actually about loneliness, intimacy, and love’s elusiveness; capitalism, Californian utopianism and feminism; family, memory and loss. Her book expands the possibilities for women’s lives in the 21st century, and for sex’s place within them.”
—Joanna Biggs, The Financial Times

"Emily Witt's first book is an honest and unapologetic narrative of all things sex . . . Witt is poised, honest, and relevant."
—Madeleine L. Lapuerta, The Harvard Crimson

“[Emily Witt’s] deadpan delivery makes Future Sex a work of social observation and, at times, even a kind of nonfiction comedy of manners . . . Future Sex shines, offering not a speculative preview of what’s to come, but an erudite exposition on where we currently are.”
—J.C. Pan, The Nation

“[A] pioneering new book about finding love in the time of Tinder . . . Emily Witt provides a refreshingly real account of what it means to be single and sexually curious in 2016.”
—i-D

“As Donald Trump is elected with promises of retracting reproductive rights, Emily Witt has been charting the places sex has been heading in an age of relative freedom, collected in her new, oddly moving book Future Sex, which I now want to buy for everyone I know.”
—Sophia June, Willamette Week

“Witt travels beyond her own psychic distress and into a journalistic tour of twenty-first-century mating. The result serves as a new economics of sex, or, equally, an economics of new sex.”
—Miranda Purves, Bloomberg Businessweek

“Witt distinguishes herself in the nascent young-single-urban-woman-Tinder-tell-all-memoir genre by deploying admirable detachment and irony as she dabbles in orgasmic meditation, experiments with online dating, and navigates the disjuncture between sex and love.”
—O, The Oprah Magazine

“In Future Sex . . . Witt interrogates both our cultural myths around feminine sexuality and the vanguards of sexual experimentation seeking to dismantle them. Her serious, radical book places her in a lineage that started with writers like the late feminist critic Ellen Willis, and, yes, Joan Didion herself . . . [A] wise, honest, and necessary book.”
—Hermione Hoby, Vice

“A thorough, fresh look at how romantic and sexual relationships have changed in the past two decades.”
—Maddie Crum, The Huffington Post

“Witt’s voice has a clear-eyed restraint and a tough, ironic sense of humor, especially when it comes to herself.”
—Fan Zhong, W magazine online

“Future Sex offers new insight into how we search for sex, and even love—and what that means for us in 2016.”
—Elizabeth Kiefer, Refinery29

“A probing investigation into 21st-century female sexuality . . . Witt is as thoughtful as she is audacious, and Future Sex is ultimately a carefully crafted literary and intellectual endeavor . . . [She] enters each new milieu with an open mind and a reporter’s ear for nuance and humor. There’s something Joan Didion-esque about Future Sex, in Witt’s lovely writing and in her skeptical authorial remove.”
—Julia Felsenthal, Vogue.com

“The first volume of [Foucault’s] History of Sexuality will turn forty next month, and it seems fitting that the essence of its inquiry has now been given a fresh and contemporary perspective by journalist and critic Emily Witt. In Future Sex, an audacious collection of essays on female sexual desire, Witt scrutinizes ever-progressing notions of sexuality since the advent of the internet.”
—Michael Barron, The Culture Trip

“In the spirit of exploration, Emily Witt boldly swipes right on all the carnal pleasures technology has to offer—dating apps, screwing apps, sexting, and easy access to kinky or progressive subcultures. Her first book, Future Sex, is provocative to say the least, but the journalist’s interest is more than just skin-deep. With a sense of humor and an appreciation for the weird beauty of it all, she takes a genuine look at our modern pursuit of human connection, noting its potential to inspire a newer, braver female sexuality.”
—Heather Baysa, The Village Voice

"[Emily Witt] is like a twenty-first-century gonzo journalist . . . One of [her] greatest strengths as a reporter is the steadiness of her gaze: She looks long enough to notice both what is valuable in the seemingly comical or bizarre and what's ludicrous in the ostensibly normal."
—Lidija Haas, Bookforum

“Writer Emily Witt always figured she’d get married. She dated on and off, slept around, and planned to eventually settle down. When she turned 30, however, Prince Charming had yet to appear... Witt embarked on an investigation of contemporary dating culture, from the mainstream (Internet dating) to the fringe (orgasmic meditation).”
—Alina Cohen, Allure.com, 10 Title We Can’t Wait to Read

"Witt’s debut provides an illuminating, hilarious account of sex and dating in the digital age, when hook-up culture and technology have vastly altered the romantic landscape. . . . This is a vital conflict at the center of many women’s lives, and Witt explores it with remarkable nuance, intelligence, and an admirable commitment to experimentation."
—Publishers Weekly

"The greatest ambition for a reported book is to offer a true history of the present; Emily Witt has succeeded in an effort few even attempt. Of the dozens of new books each year that try to say something credible, useful, and revealing about the contemporary sexual self-image, Witt has produced far and away the one most likely to be read and reread over the coming long interval of human experimentation. Witt is not only a committed reporter, but a writer of rare range; her language is as tough-minded, stark, and provocative as it is tender, careful, and exposed. Future Sex glitters in its poignancy. It makes itself felt far beyond the usual expectations."
—Gideon Lewis-Kraus, author of A Sense of Direction

"Emily Witt’s Future Sex is moody, dark, and powerful, brilliantly gloomy and inspiringly funny. This is the best book by far I’ve read on women’s sexuality in the new century, because Witt is the finest writer. I don’t know if this is the future of sex, but the future belongs to Emily Witt."
—Mark Greif, author of The Age of the Crisis of Man

"Emily Witt is a truly compelling writer and a trustworthy guide. I read her book quickly and with interest, and with great appreciation for her insightful, original and sensitive mind."
—Sheila Heti, author of How Should a Person Be