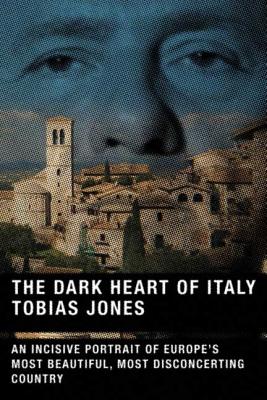 In 1999 Tobias Jones immigrated to Italy, expecting to discover the pastoral bliss described by centuries of foreign visitors. Instead, he found a very different country: one besieged by unfathomable terrorism and deep-seated paranoia. The Dark Heart of Italy is Jones's account of his four-year voyage across the Italian peninsula.

Jones writes not just about Italy's art, climate, and cuisine but also about the much livelier and stranger sides of the Bel Paese: the language, soccer, Catholicism, cinema, television, and terrorism. Why, he wonders, does the parliament need a "slaughter commission"? Why do bombs still explode every time politics start getting serious? Why does everyone urge him to go home as soon as possible, saying that Italy is a "brothel"? Most of all, why does one man, Silvio Berlusconi-in the words of a famous song-appear to own everything from Padre Nostro (Our Father) to Cosa Nostra (the Mafia)?

The Italy that emerges from Jones's travels is a country scarred by civil wars and "illustrious corpses"; a country that is proudly visual rather than verbal, based on aesthetics rather than ethics; a country where crime is hardly ever followed by punishment; a place of incredible illusionism, where it is impossible to distinguish fantasy from reality and fact from fiction.

Tobias Jones studied at Jesus College, Oxford. He was on the staff of the London Review of Books and of The Independent on Sunday before moving, in 1999, to Parma, Italy.

“Incisive and intelligent, this is the book to take on your Italian holiday.” —Conde Nast Traveller

“[An] almost indispensable book ... written with style, sympathy and sangfroid. It should be packed in the travelling bags of all visitors to the Bel Paese.” —The Independent on Sunday