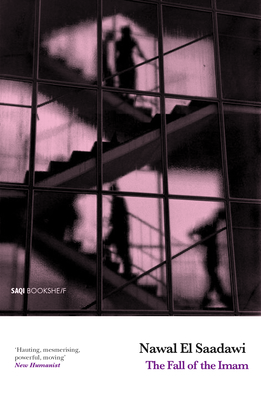 By Nawal El Saadawi, Jenni Murray (Foreword by)
$14.95
On Our Shelves

Bint Allah knows herself only as the Daughter of God. Born in a stifling male-dominated state, ruled by the Imam and his coterie of ministers, she dreams of one day reaching the top of a distant hill visible through the bars of the orphanage window. But Bint Allah's ambitions do not escape the attention of the Imam, who never feels secure no matter how well he protects himself. When the Imam falsely accuses Bint Allah of adultery and sentences her to death by stoning, he is not prepared for what happens next. 'Haunting and often mesmerising ... a powerful and moving expos of the horrors that women and children can be exposed to by the tenets of faith.' New Humanist, UK
'At a time when nobody else was talking, El Saadawi] spoke the unspeakable.' Margaret Atwood, BBC Imagine
'The leading spokeswoman on the status of women in the Arab world' The Guardian
'El Saadawi writes with directness and passion' New York Times
'A poignant and brave writer' Marie Claire
'El Saadawi has come to embody the trials of Arab feminism' San Francisco Chronicle