The Turban and the Hat (The Arab List) (Hardcover) 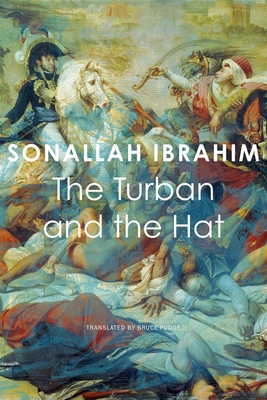 A novel of the invasion and occupation of Egypt by Napoleonic France as seen through the eyes of a young Egyptian.

The Napoleonic-era French invasion and occupation of Egypt are often seen as the Arab world’s first encounter with the military and technological prowess of the West—and it came as a terrible shock. The Turban and the Hat tells the story of those three tumultuous years from the perspective of a young Egyptian living in late-eighteenth-century Cairo. Knowing some French, he works as a translator for the occupiers. He meets their scientists and artists, has an affair with Bonaparte’s mistress, and accompanies the disastrous campaign to take Syria, where he witnesses the ravages of the plague and the horrific barbarism of war. He is astonished by the invaders’ lies and propaganda, but he finds that much of what he thought he knew about his fellow Egyptians was also an illusion. Convincing in its history but rich in themes that resonate today, The Turban and the Hat is a story of resistance, but also of collaboration, cooperation, and corruption. Sonallah Ibrahim, one of Egypt’s foremost novelists, gives us a marvelous account of the Western occupation of an Arab land, one that will resonate with contemporary readers. His portrayal of this tragic—and at times comic—“clash of civilizations” is never didactic, even as it reminds us that so many lessons of history go unlearned.

Bruce Fudge is professor of Arabic at the University of Geneva. He is also the translator of A Hundred and One Nights (2016).