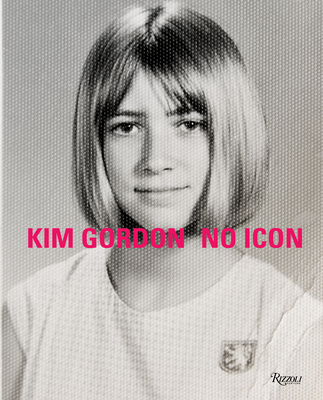 An edgy and evocative visual self-portrait by musician and artist Kim Gordon, indie-underground cultural icon and muse of style for four decades.

As cofounder of legendary rock band Sonic Youth, best-selling author, and celebrated artist, Kim Gordon is one of the most singular and influential figures of the modern era.

This personally curated scrapbook includes a foreword by Carrie Brownstein and is an edgy and evocative portrait of Gordon's life, art, and style. Spanning from her childhood on Californian surf beaches in the '60s and '70s to New York's downtown art and music scene in the '80s and '90s where Sonic Youth was born. Through unpublished personal photographs, magazine and newspaper clippings, fashion editorials, and advertising campaigns, interspersed with Gordon's song lyrics, writings, artworks, private objects, and ephemera, this book demonstrates how Kim Gordon has been a role model for generations of women and men.

Kim Gordon is an American musician, singer, songwriter, visual artist, and actress. She was the bassist, guitarist, and vocalist in the alternative rock band Sonic Youth. Her autobiographical memoir, Girl in a Band, 2015, is a New York Times best seller. She is represented by 303 Gallery in New York City and has had solo shows at the Andy Warhol Museum in Pittsburgh and the Irish Museum of Modern Art in Dublin. Carrie Brownstein is a founding member of the critically acclaimed rock band Sleater-Kinney and author of the New York Times best-seller, Hunger Makes Me a Modern Girl. She was also the co-creator and co-star of the sketch-comedy series, Portlandia. The show aired for eight seasons, winning both a Peabody and a WGA Award. Brownstein's work on the show garnered her eight Primetime Emmy nominations. Brownstein has directed television shows for HBO, NBC, Comedy Central, and Hulu.

"Kim Gordon might say she’s no icon, but we beg to differ. The musician, most famously known as the co-founder of Sonic Youth, has recently released her sprawling visual anthology titled No Icon, published by Rizzoli. As with all great photography books, it features never-before-seen pictures, writings, and other memorabilia that she’s collected throughout her prolific career and punk life. Serving as a follow-up to her 2015 memoir Girl in a Band, Gordon‘s latest autobiographical effort is a backstage look at her life, beginning in ’60s sunny California to downtown New York in the ’80s, where Sonic Youth was conceived. With a foreword written by musician, actor, and fellow riot grrrl Carrie Brownstein, No Icon is a guaranteed necessity for anyone with an inner punk rocker, or simply a coffee table enthusiast." — INTERVIEW

"Kim Gordon, the co-founder of rock band Sonic Youth, put together this scrapbook of personal photographs, journal entries and lyrics, paired with magazine and newspaper clippings and even ads, to document and give context to her life and career as a musician and artist." — NEW YORK MAGAZINE