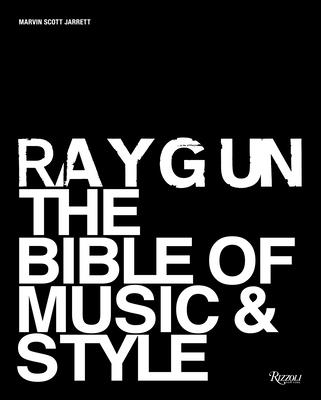 This exclusive volume presents the best features and radically designed pages of the 1990’s most uncompromising document of alternative music, style, and pop culture.

Founded in 1992, Ray Gun was the only magazine wherein a die-hard culture seeker could find information on alternative music and the street-inspired style that really mattered. Punk rock had torn pop music to shreds and created a hunger for an original lifestyle beyond mainstream culture, and Ray Gun was its graphic chronicler: across its pages blasted a visual feast made up of era-defining artists such as Sonic Youth or Iggy Pop, music-inspired art, and a complete redefinition of sartorial style. The magazine’s original art director, David Carson, and his peers who followed, created an entirely new visual culture that shattered the limitations of graphic design.

Ray Gun was as radical as the lifestyle it reported on, deeply committed to visually representing an alternative culture as a new way of seeing and being in the world. With over 200 full-color photographs, Ray Gun: The Bible of Music and Style gathers the most outrageous pages from the magazine that helped to shape the ’90s. This epic anthology features exclusive photographs and articles on rock legends such as R.E.M., HenryRollins, Jane’s Addiction, The Pixies, Dinosaur Jr., U2, Marilyn Manson, Smashing Pumpkins, NineInch Nails, Mudhoney, Pearl Jam, Bjork, Morrissey, PJ Harvey, Beastie Boys, Soundgarden, Beck and an exclusive interview with David Bowie.

Marvin Scott Jarrett is a celebrated creative force in the worlds of publishing, film, and television, as well as founder of Ray Gun and Nylon. Liz Phair is a legendary alt-rock goddess; Wayne Coyne is frontman of The Flaming Lips; Dean Kuipers is an arts and environmental writer; Steven Heller is an art director and co-chair of the MFA Design Department at the School of Visual Arts.