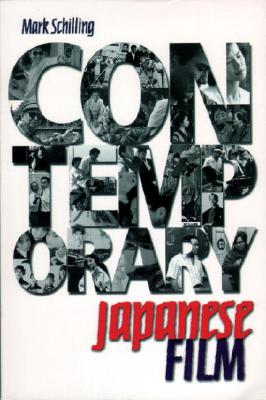 By Mark Schilling
$29.95
Not On Our Shelves - Available to Order

This comprehensive look at Japanese cinema in the 1990s includes nearly four hundred reviews of individual films and a dozen interviews and profiles of leading directors and producers. Interpretive essays provide an overview of some of the key issues and themes of the decade, and provide background and context for the treatment of individual films and artists.

In Mark Schilling's view, Japanese film is presently in a period of creative ferment, with a lively independent sector challenging the conventions of the industry mainstream. Younger filmmakers are rejecting the stale formulas that have long characterized major studio releases, reaching out to new influences from other media—television, comics, music videos, and even computer games—and from both the West and other Asian cultures. In the process they are creating fresh and exciting films that range from the meditative to the manic, offering hope that Japanese film will not only survive but thrive as it enters the new millennium.

Mark Schilling set off for Japan in 1975 to immerse himself in the culture, learn the language, and haunt the theaters. He has been there ever since. In 1989 he became a regular film reviewer for the Japan Times, and has written on Japanese film for a variety of other publications, including Screen International, the Japan edition of Premier, the Asian edition of Newsweek, Asian Wall Street Journal, Japan Quarterly, Winds, Cinemaya, and Kinema Jumpo.