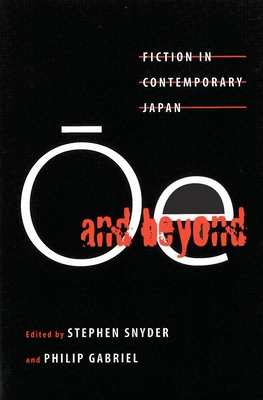 By Stephen Snyder (Editor), Philip Gabriel (Editor)
$32.00
Not On Our Shelves - Available to Order

Are the works of contemporary Japanese novelists, as Nobel Prize winner Oe Kenzaburo has observed, mere reflections of the vast consumer culture of Tokyo and the subcultures of the world at large? Or do they contain their own critical components, albeit in altered form? Oe and Beyond surveys the accomplishments of Oe and other writers of the postwar generation while looking further to examine the literary parameters of the Post-Oe generation. Despite the unprecedented availability today of the work of many of these writers in excellent English translations, some twenty years have passed since a collection of critical essays has appeared to guide the interested reader through the fascinating world of contemporary Japanese fiction. Oe and Beyond is a sampling of the best research and thinking on the current generation of Japanese writers being done in English.