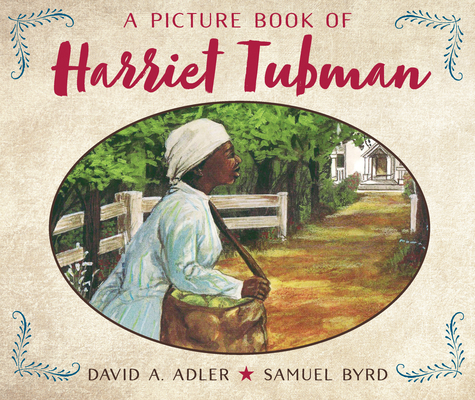 By David A. Adler, Samuel Byrd (Illustrator)
$7.99
Not On Our Shelves - Available to Order

For young readers, an illustrated introduction to an American hero—the legendary Harriet Tubman.

From her rebellious childhood to her daring escape from slavery, Harriet Tubman was a confident, fearless woman. After heading North in search of freedom, she risked her life, again and again, to lead others out of slavery, devoting herself to guiding almost three hundred individuals along the network of safe havens known as the Underground Railroad.

Called "General Tubman" for her strength and bravery, Harriet went on to work as a nurse and spy for the northern army in the Civil War. She fought tirelessly for women's right to vote, and help to open a home for poor and elderly African Americans, to which she eventually retired.

Celebrated nonfiction author David A. Adler tells about Harriet Tubman's life and character, showing why she was so admired and beloved. A timeline of important dates is included.

David A. Adler has written more than a hundred books for children, including his well-known Picture Book Biography series. A former teacher, he lives with his family in New York State. Visit him on the web at www.davidaadler.com.

Samuel Byrd is a painter, muralist, and the illustrator of Dancing with the Indians, A Picture Book of Harriet Tubman, and Let Freedom Ring: A Ballad of Martin Luther King, Jr. He lives in Philadelphia, Pennsylvania.

"In a brief, easy-to-read text, Adler describes the life and accomplishments of a famous American who helped hundreds to escape slavery during the 1850s. . . . Byrd’s appealing, colorful illustrations convey the quiet dignity of a brave heroine."—Booklist