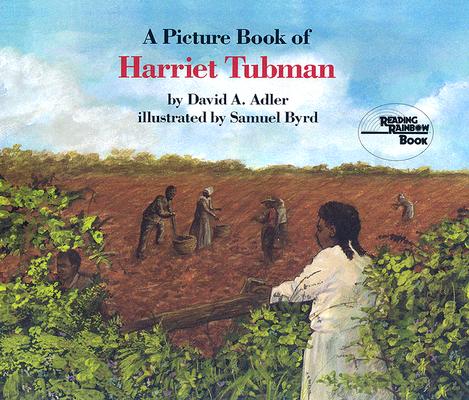 By David A. Adler, Samuel Byrd (Illustrator)
Unavailable, our apologies.
Out of Print

Harriet Tubman was born into slavery on a Maryland plantation in 1820. A rebellious child, she did not always do as she was told. She hated being a slave and escaped to the north on the Underground Railroad in 1849. During the next ten years, she used the money she earned at odd jobs to return to the south and lead about 300 slaves to freedom. Called "General Tubman" for her strength and bravery, Harriet went on to work as a nurse and spy for the northern army in the Civil War, fight for women's right to vote, and help to open a home for poor and elderly black people. David A. Adler tells about Harriet Tubman's life and character, showing why she was admired and loved by the many people who knew her. She was a conductor on the railway to freedom, a "Moses" to her people.

David A. Adler has written more than a hundred books for children, including his well-known Picture Book Biography series. A former teacher, he lives with his family in New York State. Visit him on the web at www.davidaadler.com.

Samuel Byrd is a painter, muralist, and the illustrator of Dancing with the Indians, A Picture Book of Harriet Tubman, and Let Freedom Ring: A Ballad of Martin Luther King, Jr. He lives in Philadelphia, Pennsylvania.