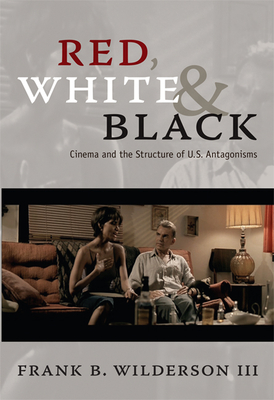 Red, White & Black is a provocative critique of socially engaged films and related critical discourse. Offering an unflinching account of race and representation, Frank B. Wilderson III asks whether such films accurately represent the structure of U.S. racial antagonisms. That structure, he argues, is based on three essential subject positions: that of the White (the "settler," "master," and "human"), the Red (the "savage" and "half-human"), and the Black (the "slave" and "non-human"). Wilderson contends that for Blacks, slavery is ontological, an inseparable element of their being. From the beginning of the European slave trade until now, Blacks have had symbolic value as fungible flesh, as the non-human (or anti-human) against which Whites have defined themselves as human. Just as slavery is the existential basis of the Black subject position, genocide is essential to the ontology of the Indian. Both positions are foundational to the existence of (White) humanity.

Wilderson provides detailed readings of two films by Black directors, Antwone Fisher (Denzel Washington) and Bush Mama (Haile Gerima); one by an Indian director, Skins (Chris Eyre); and one by a White director, Monster's Ball (Marc Foster). These films present Red and Black people beleaguered by problems such as homelessness and the repercussions of incarceration. They portray social turmoil in terms of conflict, as problems that can be solved (at least theoretically, if not in the given narratives). Wilderson maintains that at the narrative level, they fail to recognize that the turmoil is based not in conflict, but in fundamentally irreconcilable racial antagonisms. Yet, as he explains, those antagonisms are unintentionally disclosed in the films' non-narrative strategies, in decisions regarding matters such as lighting, camera angles, and sound.

Frank B. Wilderson III is Associate Professor of African American Studies and Drama at the University of California, Irvine. He is the author of Incognegro: A Memoir of Exile and Apartheid, winner of the Hurston/Wright Legacy Award and the American Book Award. He is also the recipient of a Literature Fellowship from the National Endowment for the Arts.