Stars in My Pocket Like Grains of Sand (Paperback) 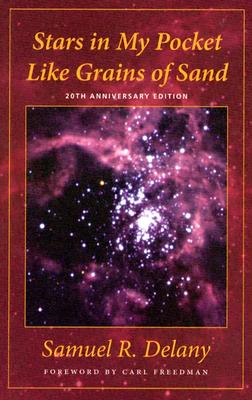 RAT Korga, a former slave and lone survivor of a world that was mysteriously destroyed, is sent to live on a new planet with a pre-chosen sexual partner. That's about as simple an explanation I can offer. Centered around an intense and unexpected partnership, it conjures the confused feeling of deep love and vulnerability in a truly alien landscape.  A unique and unforgettable book.

The story of a truly galactic civilization with over 6,000 inhabited worlds.

Stars in My Pocket Like Grains of Sand is a science fiction masterpiece, an essay on the inexplicability of sexual attractiveness, and an examination of interstellar politics among far-flung worlds. First published in 1984, the novel's central issues--technology, globalization, gender, sexuality, and multiculturalism--have only become more pressing with the passage of time.

SAMUEL R. DELANY is a novelist and critic who currently teaches English and creative writing at Temple University. He has won both Hugo and Nebula awards.