The Motion Of Light In Water: Sex And Science Fiction Writing In The East Village (Paperback) 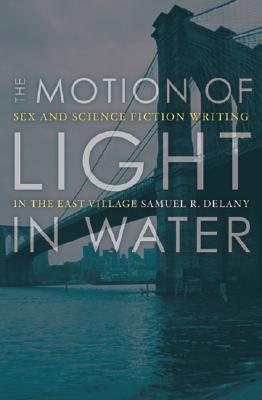 Samuel R. Delany is the author of numerous science fiction books including, Dhalgren and The Mad Man, as well as the best-selling nonfiction study Times Square Red, Times Square Blue. He lives in New York City and teaches at Temple University. The Lambda Book Report chose Delany as one of the fifty most significant men and women of the past hundred years to change our concept of gayness, and he is a recipient of the William Whitehead Memorial Award for a lifetime’s contribution to lesbian and gay literature.

"A very moving, intensely fascinating literary biography from an extraordinary writer. Thoroughly admirable candor and luminous stylistic precision; the artist as a young man and a memorable picture of an age."—William Gibson

"Absolutely central to any consideration of black manhood. Delany’s vision of the necessity for total social and political transformation is revolutionary."—Hazel Carby

"The Motion of Light in Water captures, as if in a time capsule, what it was like to be a young, gifted person of color coming to adulthood from roughly 1956 to 1966. Delany’s experiences show us that the ‘past’ is never as simple or as safe as some would like to believe."—American Literary History

"The prose of The Motion of Light in Water often has the shimmering beauty of the title itself. This book is invaluable gay history."—Inches Magazine