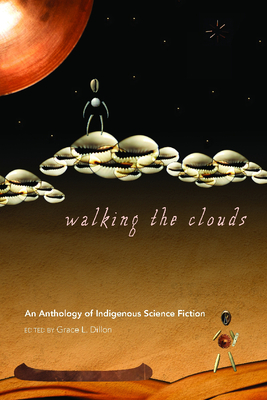 In this first-ever anthology of Indigenous science fiction Grace Dillon collects some of the finest examples of the craft with contributions by Native American, First Nations, Aboriginal Australian, and New Zealand Maori authors. The collection includes seminal authors such as Gerald Vizenor, historically important contributions often categorized as "magical realism" by authors like Leslie Marmon Silko and Sherman Alexie, and authors more recognizable to science fiction fans like William Sanders and Stephen Graham Jones. Dillon's engaging introduction situates the pieces in the larger context of science fiction and its conventions.

Organized by sub-genre, the book starts with Native slipstream, stories infused with time travel, alternate realities and alternative history like Vizenor's "Custer on the Slipstream." Next up are stories about contact with other beings featuring, among others, an excerpt from Gerry William's The Black Ship. Dillon includes stories that highlight Indigenous science like a piece from Archie Weller's Land of the Golden Clouds, asserting that one of the roles of Native science fiction is to disentangle that science from notions of "primitive" knowledge and myth. The fourth section calls out stories of apocalypse like William Sanders' "When This World Is All on Fire" and a piece from Zainab Amadahy's The Moons of Palmares. The anthology closes with examples of biskaabiiyang, or "returning to ourselves," bringing together stories like Eden Robinson's "Terminal Avenue" and a piece from Robert Sullivan's Star Waka.

An essential book for readers and students of both Native literature and science fiction, Walking the Clouds is an invaluable collection. It brings together not only great examples of Native science fiction from an internationally-known cast of authors, but Dillon's insightful scholarship sheds new light on the traditions of imagining an Indigenous future.

Grace L. Dillon is an associate professor in the Indigenous Nations Studies program at Portland State University in Oregon. She is also the editor of Hive of Dreams: Contemporary Science Fiction from the Pacific Northwest.

“Dillon’s superb anthology, the first devoted to indigenous SF, highlights long-overlooked authors alongside better-known figures such as Nalo Hopkinson and Leslie Marmon Silko. Every piece is a perspective twister and a thought inducer built on solid storytelling from ancient and newer traditions, and the anthology will encourage readers to further investigate indigenous speculative works.”—Publishers Weekly

“Dillon’s anthology not only offers an innovative study of comparative literature but also delivers an excellent example of how to compose such a compilation for those who might follow her lead into this brave new world of Indigenous literary genre.”—Studies in American Indian Literatures

“A highly compelling and outstanding anthology, which fills a long-standing gap in the science fiction criticism.”—Foundation: The International Review of Science Fiction

“Dillon speaks powerfully from her position as an indigenous teacher and scholar, and in doing so, provides a strong yet nuanced analysis of a rich variety of indigenous science fiction.”—Journal of the Fantastic in the Arts

“Though I’m not usually a fan of anthologies compiled by race, sex, etc., this book is so good that I’m happy to have these stories collected together however it came about. Don’t read this because they’re stories by Native American writers. Read them because they’re damn good stories by damn good writers.”—Charles de Lint

“Walking the Clouds offers a history and shows the state of the art of science fiction from the other side--from the Indigenous and the colonized, the dispossessed and the genocided. It shows that it is long past time for the genre to uncircle the wagons and attend to those who have already survived the apocalypse.”—Dr. Mark Bould, founding co-editor of Science Fiction Film and Television Journal